In Japanese folklore, the yōkai (demon) is a well-known collection of creatures, known for their eclectic (and often terrifying) characteristics. During the Edo period, a printmaker by the name of Toriyama Sekien created the first yōkai encyclopedia. Inside, there was an illustration of a yōkai called “buru buru”.

The “buru buru” is a manifestation of the spirit of cowardice, possessing people by clinging to their necks. It was believed that if a person experienced shivers down their spines and felt the hair on their arms stand on end, they were being plagued by a “buru buru” demon.

In modern day, the onomatopoeia “buru buru” is used to describe the feeling of trembling or shuddering. For instance, a handphone vibrating away in your bag, or someone shivering uncontrollably from cold or fear.

But if the action being carried out is of a smaller scale (imagine a dog, soaked through after an unwelcome bath, trying his best to shake away all remnants of water from his body), we usually refer to it as “puru puru”.

Like a softly quivering jelly or pudding that continues to jiggle after being placed on a table, or even the plump, glossy effect that many ladies like to create on their lips, “puru puru” in general portrays a cuter image.

Speaking of “buru buru”, I just came back from a trip to Japan last week, right smack in the middle of winter. This is my least favourite time to travel to Japan, because of the extremely cold weather! If you are like me, remember to dress as warm as possible, and take care not to become a victim to “buru buru” or “puru puru” shivers.

Happy holidays, everyone!  See you next year! 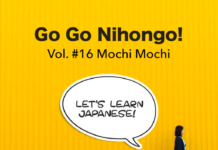 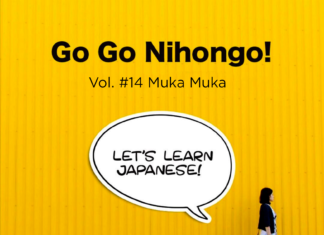 unlockjapan - 25/09/2019
In Japanese dramas or anime, it’s highly likely that you might have heard the phrase, “Mukatsuku!” uttered by... 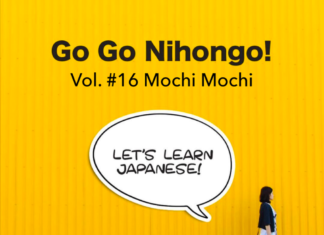 unlockjapan - 29/11/2019
Boba Tea Recently, my friend welcomed a new baby into her family. Her baby is happy and healthy,...
link rel="stylesheet" href="https://use.typekit.net/cxt8und.css"