For the first time in Malaysia, through the organization of the Japanese Ministry of Agriculture, Forestry and Fisheries, Japan launched a food certificate scheme called ‘Japanese Food Supporter’ at Kuala Lumpur’s authentic Japanese restaurant, Oribe, on September 29, 2017. The evening began with a welcoming sparkling Japanese Sake for the honourable guests which included local Japanese restaurant owners and local Japanese store owners, who were invited to gain a better understanding of the ‘Japan Food Supporter’ scheme.

Miyazaki Masatoshi, a representative of the Japanese Ministry of Agriculture, Forestry and Fisheries, stated in his opening speech, that “Japan is a blessed country with natural food resources, food culture, and dashi culture. In 2013, UNESCO recognised Japanese cuisine (Washoku) as an Element of Intangible Cultural Heritage, which has resulted in an increase in the popularity of Japanese food abroad, for instance, Japanese ingredients and Sample food (food display).” He concluded his speech with hope that most Japanese restaurants in Malaysia will consider applying for the ‘Japanese Food Supporter’ scheme to standardize the quality of the Japanese restaurants worldwide.

Mishiko Nishikawa from Japan, a representative of the Embassy of Japan in Malaysia, mentioned that ”Malaysia has great economic development and great variation, as well as stores that sell Japanese confectioneries. This has led to an increasingly large amount of Malaysian tourists in the year 2016 which was up to 400,000, 3 times more tourists than the year 2015.”

These tourists were not only travelling to major cities in Japan but also to other lesser known prefectures. Nishikawa highlighted that “We aim to achieve authentic Japanese flavours here in Malaysia, not only to gain support via application of the ‘Japanese Food Supporter’ scheme. This will provide Malaysians the opportunity to experience the true flavours of Japan.”

Nishikawa stated that the main goal is to achieve 3,000 certified stores by 2018. Applicants of the ‘Japanese Food Supporter’ scheme will need to meet certain requirements; for example, some marine and alcoholic beverages served in the applicant’s restaurants must be from Japan.

Other criteria include the display of materials as that of information for products and ingredients imported from Japan, advertisements, and any public relations collaterals. Retailers must have their Japanese food products readily available at all times along with sample foods adorned with Japanese elements.

JETRO (Japan External Trade Organization), a Japanese government-related organisation that promotes trade and investment, will take 1-2 weeks to process the application. Once the application is approved, the restaurant or retailer will receive a ‘Japanese Food Supporter’ sticker to display. Some of the advantages, once the requirements and merits are fulfilled, is that each store will gain benefits such as branding, security, collaboration, and exposure through social media. These give away promotions and advantages which will be implemented next year in 2018.

The speeches ended with a presentation by Oribe’s Head Chef, Hideaki Oritsuki, who introduced the difference between sushi from Japan and Malaysia. The preparation of sushi was done by Chef Naoya and Chef Cheong Cherng Long who both showed how to make sushi and make perfect slices of sashimi. The 5 different types of fish presented flown fresh from Japan, like the Bluefin Tuna and Yellowtail Mackerel, were guaranteed the finest by Head Chef Hideaki Oritsuki. That evening, the guests of the event were served the best sushi and sashimi with freshly grated wasabi, pickled ginger, and soy sauce. 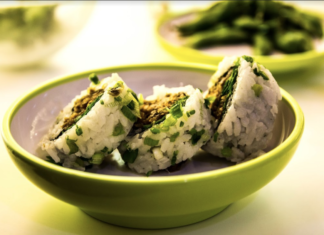 Where The Sun Rises for Foodies

unlockjapan - 15/03/2019
Japanese cuisine has increasingly through the years become more popular with many people from different parts of the globe. The offerings...

unlockjapan - 20/07/2017
Feel like treating yourself to a luxurious meal? We've got you covered on the most exquisite Japanese restaurants available in town! 1. ORIBE Master chef Hideaki...
link rel="stylesheet" href="https://use.typekit.net/cxt8und.css"