Speaking of Japanese cuisine, you will never avoid from having such extremely healthy ways of preparation in which most of the food is always being served as raw, boiled, and steamed and with the use of wok.

Sashimi, the Japanese raw fish, that used to top with wasabi represent its purest form where you will be granted with a massive load of protein and nutrients. Whenever you get thirsty, a cup of green tea may simply help in relaxing your body and maintaining a normal cholesterol level. Even though, all these benefits of Japanese don’t give an immediate impact on your body metabolism, yet it will change gradually if the habits continue.

A recent review from Japan Today featuring how Japanese food changed the life of an Irish woman, Fiona Uyema, who used to practice the best of washoku treats claimed that

Her movement has influenced a lot of people in following such healthy and nutritious way of food serving. Despite how high the calories you may consumed upon having Japanese meals, a balanced diet with physical exercise such as jogging will be a great combination to sustain or improve health and fitness. Living a healthy lifestyle isn’t an easy-going task, yet a continuous effort is more than enough to lead a healthy lifestyle.

The Best Spots for Hanami 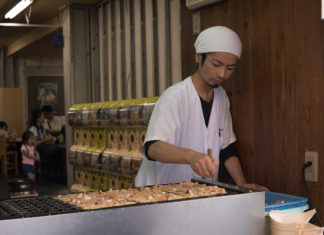 unlockjapan - 15/11/2017
TRY THIS: Japanese B-kyu Gurumet Do not be surprised whenever you bump into super long queues or crowds of eager customers lining at the door...