The official Mount Fuji climbing season is just around the corner and there is no time than now to plan the next big adventure on your bucket list.

It is often said that Mount Fuji, the most iconic symbol of Japan, is best viewed from afar and not up-close and personal. In most seasons, this is true that the snow-capped top of Japan’s most famous mountain is a must see for all visitors of the country. However, come July, Mount Fuji offers more than just a perfectly symmetrical body of earth and a symbol of spiritual power. It also gives some of the most rewarding views in the whole of Japan.

Due to its sub-zero temperatures and alpine conditions, the safest time to climb Mount Fuji is in the summer once the snow has melted from the summit. The official climbing season, which takes place during the months of July to September, often varies from year to year across the four different climbing routes. During this period, the mountain facilities, mountain huts, and toilets can be utilised at a price. Interested hikers can check for the climbing dates on the official website (http://www.fujisan-climb.jp) or sign up with climbing tour groups like the Willer Express group.

Unlike its Malaysian counterpart, Mount Kinabalu, having a guide is not compulsory for Mount Fuji hikers. Hikers are free to climb the mountain on their own time and pace with options of taking refuge in the many mountain huts on the trail. Climbing Mount Fuji is not technically difficult but what usually gets the best of climbers is altitude sickness. The ease of the trail often leads to climbers underestimating the climb and ascending too rapidly. Many suffers from altitude sickness near the top and require medical assistance to descend. This is often the case with many bullet climbers – those who prefer to climb through the night for the summit without resting at the mountain huts.

There are four routes hikers can take to ascend Mount Fuji, all starting from the fifth stations of those routes respectively. Out of the four routes, Yoshida trail is the most popular with its easy access by buses from Tokyo and the surrounding towns. All year round, hordes of tour buses would make the 5th station of Yoshida one of their numerous stops, bolstering a lively ambiance to the well-equipped station. It is a good place to start the hike for many beginners.

After spending some time refueling with snacks and water (as things are pricier at the top) and acclimatising the body, the best time to start the climb is often in the afternoon. The trail starts out easy, passing through a simple trail where horse rides are offered between the fifth and sixth stations. From the sixth station onwards, the trail varies between zig-zags and rocky steps, and the terrains change from towering trees and green shrubbery to barren red sand.

Often covered by mist and clouds, the summit would seem like an unachievable goal but half the excitement of climbing Mount Fuji is the climb itself. As the sun starts to set over the five famous lakes in the area, one would be able to, if fortunate, get a glimpse of the elusive shadow of Mount Fuji. It’s sunrise is legendary but only a few can truly enjoy the golden sunset as most would take refuge from the approaching sub zero temperatures at the mountain huts.

In the wee hours of the morning, the final push for the summit often starts at 2 a.m.. At this hour, the temperatures are freezing cold, an experience made worse by the long queues as hundreds of climbers tug slowly along the narrow trail. It is often at this stage that altitude sickness sets in, coupled with fatigue from the previous day’s climb so taking it slow and easy is crucial.

But to those who succeed in summiting in time, the glorious sight of the sun breaking over the horizon will be one of the most rewarding and unforgettable sights to behold. Bask in the moment as the cries of “Yatta”! (“We did it!”) from your fellow climbers fill the air. Then if time is on your side, take a tour around Mount Fuji’s crate to reach the highest point of the mountain where you can also send out a postcard from Japan’s highest post office.

Of course, the ascend is only half the battle and some say that the descend with it’s slippery loose trail of pebbles and sand is harder than the climb. Having a walking stick would prove useful to ease up the pressure on the knees and keep your balance.

The thought of scaling Mount Fuji may seem daunting at first but the experience and the memories are worthy rewards for any lover of Japan. Depending on your fitness level and preferred hiking style, first time climbers can opt for either self-arranging and doing everything by yourselves or joining a climbing tour group that will handle the logistics for you. Either way, it is truly an experience not to be missed. 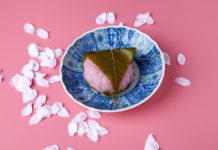 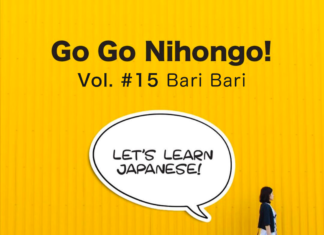 unlockjapan - 25/10/2019
In Japanese, the sound effect we use to describe a hard object breaking is “bari bari”.
link rel="stylesheet" href="https://use.typekit.net/cxt8und.css"