Japan is a country that has always taken pride in its city views and observation decks, and the latest building in Shibuya, the Shibuya Scramble Square, is exemplary in showing the continuity of the country’s lifelong obsession.

The landscape of Shibuya has recently been changed with the addition of the new Shibuya Scramble Square. As the name tells, this new skyscraper stands near the centre of Shibuya itself and stands at 230 meters, making it the tallest building in the district. As impressive as it is, what draws the crowd since its opening is Shibuya Sky, its observation deck that has a magnificent view of Tokyo.

For those arriving from other parts of Japan via train, it will mostly be the first thing you see as you exit Kyoto Station. The Kyoto Tower is a rare modern iconic landmark that first opened in 1964 in a city now more famously visited for its temples, shrines, and history. Its indoor viewing platform stands at 100 meters above the ground and offers a complete 360-degree view of Kyoto. Photographers agree that it is the best place to spot the iconic mountain bonfire symbols charred into the city’s mountainsides as part of the ancient ritual Gozan no Okuribi.

Osaka’s most iconic skyscraper is the Umeda Sky Building. Blending business, nature, and architecture with a touch of history, the Umeda Sky building is actually two towers connected by a doughnut-shaped bridge at the top and two escalators that run across the towers. That bridge that makes up the Kuchu Teien Observatory offers a beautiful 360-degree view of Osaka. At 170 meters off the ground, you would be able to catch the stunning sunset in the evenings and watch the daily metro and trains pass across the river.

Sapporo in winter is truly beautiful and where better to see the city at its whole than from the top of Sapporo TV tower. At 147.2 meters, it is not the tallest building in the city but it is the only one that offers a bird’s eye view of Odori Park, Sapporo’s own Central Park. The park is iconic by its right with many events held each month and season. The Sapporo TV Tower makes for an amazing backdrop and the city views in winter from the 90 meters observation deck, simply beautiful.

Since we have already opened with this announcement, let’s talk more about Shibuya Sky. Shibuya Sky features a vantage point called Sky Stage that has one of the best aerial views of the rest of Tokyo. There are ample spaces to relax amongst grassy turfs and get this – hammocks (!) to give you sensation of drifting into the skies. Best to book your tickets to the Sky Stage online as we hear they sell out fast!

The Fukuoka Tower was built alongside the Seaside Momochi waterfront district in 1989 to celebrate the city’s 100th anniversary. What sets it apart from other towers is the over 8,000 one-way mirrors that adorn the outer side, reflecting the views of the sea and sun. Japan’s tallest seaside tower sits in Fukuoka at 234 meters and its highest observation deck is 123 meters above the ground. Apart from its three observation decks, a restaurant and a souvenir shop on the ground floor, there is nothing else occupying the inner structure of the tower. As a result, visitors are in for a scenic treat of the seaside as they ride the see-through lift to the top. At night, the tower will be illuminated by the light themes of four seasons.

Japan is beautiful we know, and what better way to take in its entire postcard perfect sights than from its crowning towers and observation decks. Plan a visit to one in line with sunset for unbelievable views of the sun goingdown across sprawling metropolitans!

Top 2018 Japanese YouTubers You Should Know About 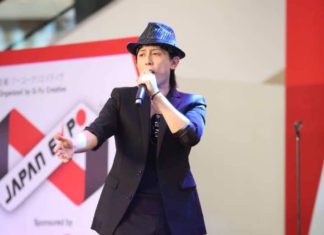