A trip off the beaten path goes the extra mile when you embark on a UNESCO World Heritage Site pilgrimage from Osaka to Ise.

Japan has many trails and hiking routes all across the country, all offering stunning views of its natural beauty. But for an entirely different experience of immersing one’s self in nature and more, consider the Kumano Kodo Pilgrimage. There are only two pilgrimage routes that has been granted the UNESCO World Heritage site status. The first is the famous Camino de Santiago through Spain’s northern provinces and the other is the Kumano Kodo. Japan’s route is a journey that goes as far back as a thousand years of Buddhist history and cuts across Japan’s beautiful Kii Peninsula, which connects these iconic sites.

The Kii Peninsula is located near Kyoto and Osaka and yet despite its closeness to these cities, it is considered one of the most remote and mystical areas of Japan. Along the route are the three Grand Shrines of Kumano, sacred destinations for successive emperors and their families from Kyoto since the 11th century. These shrines are known as the Kumano Sanzan as a set and consist of the Kumano Hongu Taisha, Kumano Hayatama Taisha and Kumano Nachi Taisha. Embarked by many individuals from all walks of society, the journey itself is values as an important part of the pilgrimage process as participants would undertake rigorous religious rites of worship and purification.

To get to the shrine grounds of Kumano Hongu Taisha, one must first head up a long cobble staircase placed on a ridge and surrounded on each side by giant cedar and cypress trees. This grand shrine plays an important role as the head shrine of over 3,000 Kumano shrines across Japan.

You will know if you’re in the right area when you see the largest Torii shrine gate in the world at the entrance to Oyunohara. Standing at 33.9 meters tall and 42 meters wide, it was the designated entrance to the sacred area. Adeptly named Otorii (big torii), it was set up in 2000 and is made of steel.

Where the waters flow from the sacred Kii Mountains into the mouth of Kumano-gawa River, Kumano Hayatama Taisha has made its base. The trees and plants around the shrine plays a crucial role to the Grand Shrine’s precincts and annual rituals. One such as an item is the ancient 800 year-old Nagi-no-Ki tree that symbolises the area’s deep tradition of nature worship.

Another natural object that is revered as a deity is the Gotobiki-iwa, a gigantic rock located halfway up Gongen Mountain. At the base of this monolith is a shrine called Kamikura-jinja, which is the site of another dynamic event.

Kumano Nachi Taisha, a Shinto shrine and the neighbouring Nachisan Seiganto-ji Tenda Buddhist Temple are located side-by-side and completing the impressive background is a massive waterfall. Together they made for one of the most iconic photos of Japan and is a symbol of Japan’s harmonious mix of different religions and nature.

While it’s entire doable to embark on a self-guide journey along the Kumano Kodo Pilgrimage, a guided walking tour will ensure a less stressful trip as you traverse historical trails into deep forests of Japan’s countryside before taking refuge in one of the many unique accommodations along the trails.

Walk Japan invites you to join along their Kumano Pilgrimage tour which takes place between March and June and then in September and November. Both durations are great seasons to embark on this pilgrimage as it’s spring and autumn respectively with cooling weathers and stunning views.  The Kumano Kodo Pilgrimage tour is a grounds-on fully-guided walking tour between the vibrant modern city of Osaka, the mountain temple community of Mt. Koyasan and the Japanese Imperial shrine at Ise.

For more information, check it out at https://walkjapan.com/tour/kumano-kodo-pilgrimage 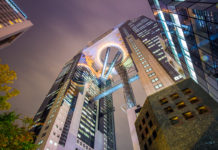 What Is Japanese Cuisine? 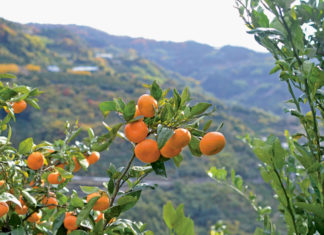 unlockjapan - 01/02/2018
Wakayama Prefecture’s highly-prized mikan (orange) is the Shimotsu mikan. Grown all over Shimotsu-cho, these oranges are a celebrated local delicacy and are very much... 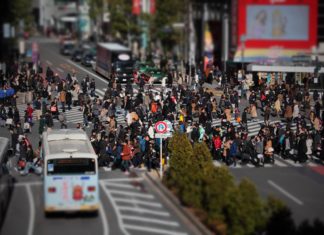