In 2013, ‘washoku’, traditional dietary cultures of Japan, was added to the Intangible Cultural Heritage list. The ‘intangible’ part, akin to something that cannot be touched, encompasses not only oral traditions but performing arts, social practices, rituals, festive events, and the skills to make traditional crafts.

This proved a huge success in ensuring the survival, preservation and safeguarding of this particular aspect of Japanese culture. In an effort to protect and preserve the culturally important ‘washoku’, Japan made a full proposal to UNESCO in 2012 and was successfully selected by the Intergovernmental Committee for it to be added to the Intangible Cultural Heritage list.
‘Washoku’ represents the entirety of traditional Japanese cuisine, some of which are grilled and pan-fried dishes (yakimono), stewed (nimono), steamed (mushimono), deep-fried (agemono), the iconic sliced raw fish dishes (sashimi) and delicacies (chinmi).

Generally, ‘washoku’ has turned out to be an identifying feature to Japanese culture all over the world, and its widespread reach globally never ceases to grow. A survey ran by the Japanese External Trade Organization (JETRO) to hear opinions on Japanese cuisine in foreign countries found that Japanese cuisine scored the highest with 38.4%, amongst people from six cities. This positive general consensus with several foreign countries further reinforces the need to safeguard this epicurean treasure known as ‘washoku’.

Cultural heritage has been of vital importance to many nations and communities, especially the Japanese people all over the world that value the teachings and practices that they have inherited. The mere passage of time and the instability created from socioeconomic and political factors could very well prove a threat to the preservation of these valued cultures.

Hence, UNESCO, the United Nations Educational, Scientific and Cultural Organisation and its Member States decided to take precautionary steps by adopting a treaty known as the Convention for the Safeguarding of the Intangible Cultural Heritage. Unlike many other conventions, this begins by stating its purpose, which are:

We are most likely familiar with the UNESCO World Heritage Sites, locations of cultural, historical, scientific or some other form of significance; now while these are brick and mortar locations, elements of cultural heritage are not limited to just physical sites. 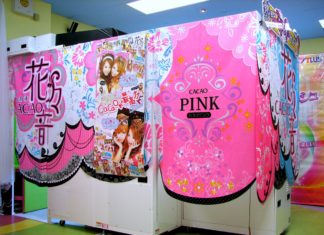 unlockjapan - 19/04/2018
Japanese Purikura's (photo booth) has been very popular over the decades, and has recently made its way overseas. These fancy photo booths are very... 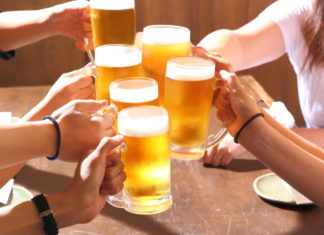 unlockjapan - 15/09/2017
This is Japanese lantern called "Cho-chin" It is a “landmark” for the people who seek an Izakaya Izakaya are basically Japanese bars are drinking houses...
link rel="stylesheet" href="https://use.typekit.net/cxt8und.css"