Japanese cuisine has increasingly through the years become more popular with many people from different parts of the globe. The offerings are plentiful from the traditional sushi rolls, sashimi to teppanyaki, ramen and many other dishes. Today, the food lover coming to the Land of the Rising Sun has a chance to try out different preparations just by attending some of the famed food festivals.

The Japanese term matsuri is generally associated with festivals, although in its original context, at least according to the Oxford Dictionary it refers to solemn festivals celebrated in Shinto shrines.

Those shrine-related celebrations still remain but the matsuri  of today have grown extensively to accommodate culture, food and drink. So it will not be surprising to see festivals promoting sake, beer and different types of food.

But of course for foodies, those with a huge appetite for the silky taste of sushi or sashimi or a bowl of steaming hot ramen and other Japanese delicacies now have an excellent chance of satiating their hunger by simply attending any of the festivals held annually in Japan.

As foodies will tell you there can be nothing  better than a culinary experience and the sampling of all its gastronomical highlights.

Festivals provide a one-stop hub for food lovers to try different preparations of a single dish, exposing the inventiveness of cooks from the traditional preparation to the unconventional.

Ramen is one of Japan’s most known foods that is eaten, enjoyed and prepared by many in the world. The preparations though have far outgrown its original version of being simply a bowl of noodles prepared instantly with some seasoning packets.

In the traditional sense, ramen consists of Chinese-style wheat noodles served in meat or fish-based broth, often flavoured with soy sauce or miso, and topped with sliced pork, nori, menma, and scallions.

This expo is considered as the country’s foremost ramen festival, attracting more than 110,000 visitors since its inception in 2013. The Ramen Expo is held in Expo Commemoration Park (more commonly known as Bampaku kinen koen) and takes place this year over four consecutive weekends (including Fridays) in December. The dates are Nov 30th – Dec 2nd, Dec 7th – 9th, Dec 14th – 16th and Dec 21st – 25th.

A maximum of 40 stores could be set up in the park which means that visitors will certainly be spoilt for choice. While the entry is free, tickets will still have to be purchased for ramen and other foodstuff.

Fish has always been a staple part of the Japanese diet and this festival presents some of the finest preparations of fish by skilful cooks.

Join the annual Meguro Sanma Festival from the first Sunday of September. One of the most popular part of this event is the 7,000 grilled Sanma (pacific saury) that will be given away to mark the start of the season. A long line is to be expected so patience will be an asset here. In fact a huge dose of patience is needed given that there are usually as many as 30, 000 people attending. The fish comes from the port of Miyako in Iwate Prefecture.

The best way to eat sanma is sanma no shioyaki which means salted, grilled sanma, where the fish is grilled whole to make the fatty sanma fluffy and served with grated daikon radish.

Sanma grilling is most popular during this September festival. The fish is grilled on high-grade charcoal and served with grated daikon radish and pieces of fresh citrus fruits that are also from Japan. 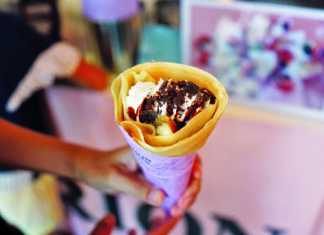 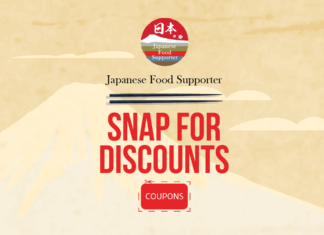 SNAP FOR DISCOUNTS – How to use Coupons!

unlockjapan - 29/01/2018
Introducing our social media campaign in support of Japanese Food Supporter in Malaysia. Here we have a list of restaurants with coupons and the...
link rel="stylesheet" href="https://use.typekit.net/cxt8und.css"