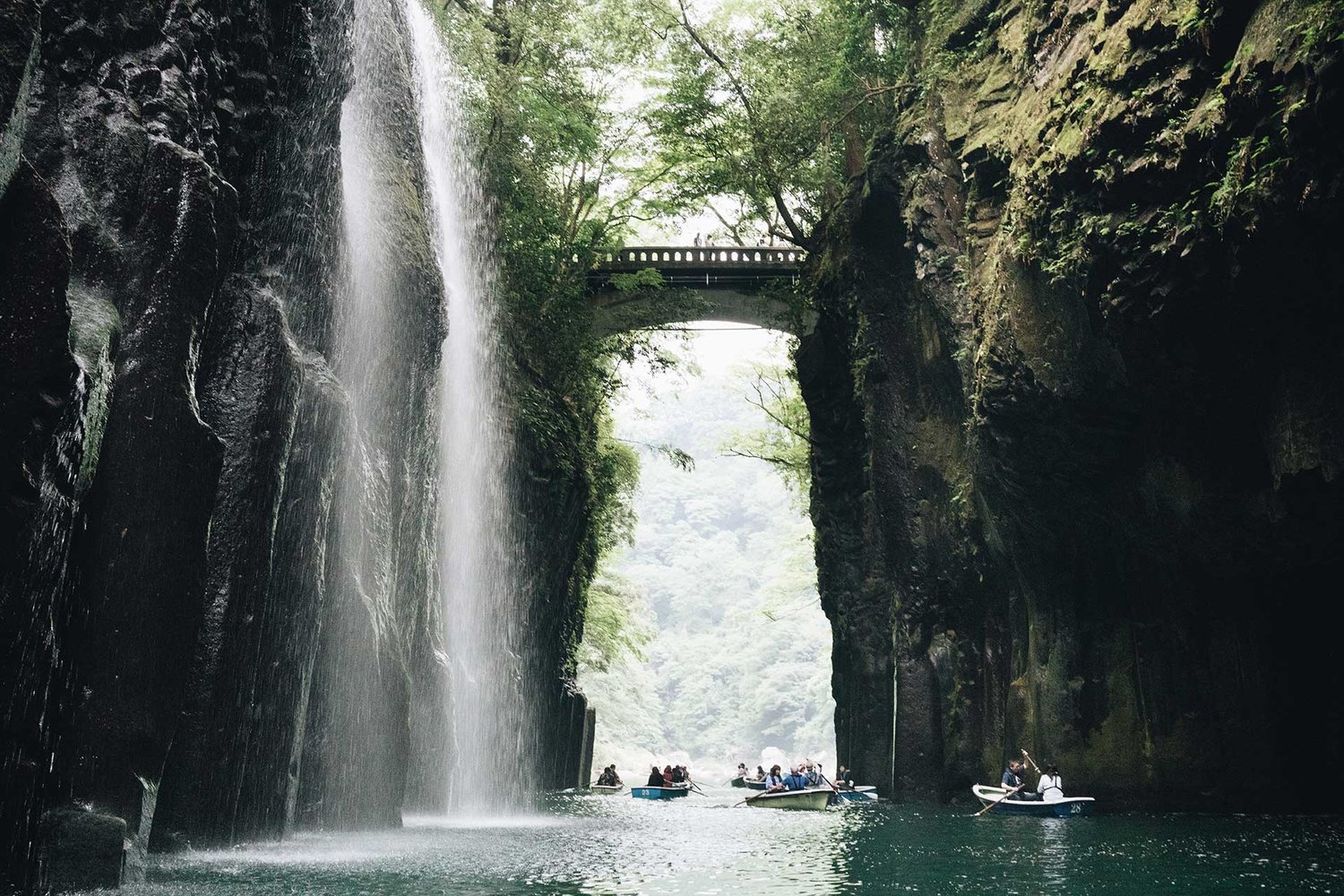 Travel into the land of the Gods and witness their handiwork in the small sleepy town of Takachiho, Miyazaki.

It was once said that the gods first landed on the southern island of Kyushu, Japan, specifically. in the majestic land of Takachiho nestled away in Miyazaki’s mountains. For now, due to the lack of transport connectivity, the area is sparse of tourist hordes and buses, further adding to its charm. The only way for visitors to experience nature’s finest is by road either via the public bus or car.

Tales of the land’s religious nature varies. The most well-known story tells of the sun goddess herself who descended atop Takachiho mountain while there were some that said it was her descendent, Ninigi-no-Mikoto, who descended to earth to establish Japan’s imperial family.  The stories went on to tell of Amaterasu’s brother, Susanoo committing acts of cruelty fueled by his restlessness that sent Amaterasu into hiding in a nearby cave taking her light with her. This plunged the world into darkness. The other gods and goddesses came up with a plan to draw her out, performing a dance so outrageously funny that even the sun goddess herself emerged to see what was going on. And thus, light was returned to the earth.

While no gods or goddesses reside amongst the residents of Takachiho now, the land itself is well worth an overnight trip. Amano Iwato shrine was been built at the cave where Amaterasu was said to have taken refuge with torii gates at the entrance to greet visitors. Visitors are often greeted by the sight of the sunlight spilling into the valley, dispersed by the mist,  and reminding them Amaterasu’s light. The surrounding area is lined with stunning plant life such as the hard-to-find Ginkgo and Michelia Compressa trees, giving a mystical allure. Here, it’s easy to imagine a time when the deities walked the earth.

A short drive away from Amani Iwato shrine is the Takachiho gorge, possibly the most famous attraction in that area. Although there are cases where places often look better in photos, the gorge is one of the places that looks majestic on and off camera.

The gorge is an 80 – 100 meter high 6volcanic basalts columns that run for 7 kilometers. natural wonder formed by hot lava that flowed fr Mount Aso after a devastating eruption. This natural wonder is stunning to visit all year round and best viewed up close by boat. The highlight of this stunning place is the 17-meter high Manai Waterfall, one of the Japan’s top 100 waterfalls. In 1934, the gorge was awarded the National Scenic and Natural monument.

A short drive away from Amano Iwato shrine is Takachiho gorge, possibly the most famous attraction in that area. It’s well known that photos often look better than the actual place itself. Fortunately, in the case of Takachiho gorge, this rings to be the complete opposite and the natural attraction has been said to be more majestic than photos of it. The gorge is a natural wonder formed by the hot lava that flowed from Mount Aso after a devastating eruption and has eroded over the years to form 80 to 100 meters high cliffs of volcanic basalt columns that run for 7km. Stunning to visit all year round and best viewed up close by boat, the highlight of this stunning place is the 17 meter high Manai Waterfall, one of  Japan’s top 100 waterfalls. In 1934, the gorge was awarded the National Scenic and Natural monument.

A trip to Takachiho is not completed without a visit to Takachiho Shrine. It has a history that goes back 1200 years and is the most important Shinto Shrine in the area as it enshrines the deities of 88 other local shrines. An interesting part of the shrine is its main hall and a pair of iron guardian dog statues which has been titled “Important National Cultural Properties”. On the grounds of the shrine, there are two giant trees with their trunks fused together, earning them the title “Couple Cedar.” It is believed that if you go around the trees three times with your loved one, your wishes will come true.

Aside from being a symbol of love, Takachiho Shrine is widely believed to be a prosperous place to pray for good harvests, lifting of bad luck, and marriage prospects. Every night, tourists can witness a shortened version of Takachiho Yoyagura  for a small fee of ¥700 at the shrine as well. The actual Shinto theatrical dance is held annually on 22nd and 23rd November has been designated as an “Important Intangible Folk Culture Properties”.

As a part of Kyushu not to be missed by any visitor, Takachiho is best explored by car. The nearest airport is Kumamoto airport, just a 1 hour and 30 minutes drive away. Buses do run a couple of times a day between Kumamoto and Takachiho but the frequency is few. For those flying in from Malaysia, Airasia X has started their direct flight route from KLIA2 to Fukuoka Airport from which it will be a 3- hours ride to Takachiho. 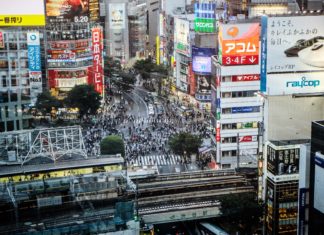 unlockjapan - 28/02/2020
The metropolitan of Japan's capital city is a sprawling urban jungle with numerous neighbourhoods with different ambience and attractions. Here is a... 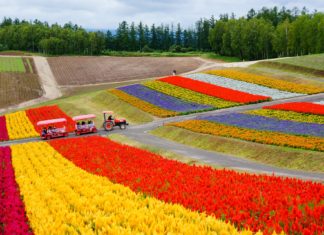 unlockjapan - 22/06/2018
BEACHES When it comes to visiting The Land of Rising Sun, many of us know that there are ski activities during winter, sakura during spring...
link rel="stylesheet" href="https://use.typekit.net/cxt8und.css"