The unmissable season of “ Demons out! Fortune in!”

What’s so Special about Setsubun?

Setsubun, which brings the meaning of seasonal division, is signified as the opening of spring in Japan. It is also literally referred as risshun (beginning of spring) according to the lunar New Year and was primitively part of the New Year’s celebrations. In consequence of that, this festival falls on the 3rd of February annually. The tradition of clearing one’s house of oni (demons) was formerly initiated from a New Year’s Eve custom in China, and this culture was then embraced in Japan, along with Buddhism in the 8th century. That is what makes the Chinese and Japanese people consider that ill luck or disaster stems from Oni. A fascinating and symbolic ritual, called mamemaki (bean scattering), will usually take place at certain shrines, temples, or even homes to ward off all the demons or misfortune of the preceding year. Due to climate changes, it is said that people are most likely to be exposed to influenza, colds, or other illnesses. Thus, the existence of this unique ritual is meant to get rid of disease-bringing evil spirits for the coming year. At the same time, it has been recognized as a belief in inviting the serendipity and luck of the year too.

Daizu (big beans) otherwise known as soybeans was believed to comprise the spirits of all the cereals combined. As Mame (bean) is a homophone for mame (destroying evil), thus, soybeans were presumed to be a special effective weapon to fight against the oni. As per usual, most of the people will attend a shrine or temple during Setsubun for mamemaki ceremony. Nevertheless, it can still be done at home with soybeans obtained at the local grocery stores. The soybeans are typically roasted and sold in packs. In other words, it is also described as fuku mame (fortune beans) in which are thrown either out of the door or at the bean scatter (member of the family wearing with oni-looking masks). According to the custom of mamemaki, the bean scatter position should be performed by the toshiotoko (the male who was born on the corresponding animal year on the Chinese zodiac) or the male head of the household (customarily the father). Once the bean scatter is dressed up as a red oni, family members will throw beans at him, yelling at the same time the magic spell “Oni wa soto ! Fuku wa uchi !” (Demons out! Fortune in!), ending it with a slam of the door. In the Tōhoku area of Japan, the head of the household would take the roasted beans in his hand, pray at the family shrine, and then toss the blessed beans out of the door.

In Kansai area, people are used to whet their appetite with the wholeness of makizushi (rolled sushi) known as ehō-maki (lucky direction roll), that is acknowledged as a type of futomaki (thick and large roll) in complete silence on Setsubun. It can be either made at home with your preferred makizushi fillings with seven ingredients that indicate luck, or purchased at any convenient stores nearby. Each person is allowed to consume one entire uncut ehō-maki by facing the lucky compass direction that is determined by the zodiac symbol of that year, whilst making a wish. The ehō (lucky direction) changes each year according to a five-year cycle, and this year, the lucky direction is tōhokutō (east-north-east) or to be more accurately named as tōhokutō no yaya azuma (slightly easterly of east-north-east). This custom was primarily introduced in Osaka, and nowadays, it is getting more popular and recognizable throughout Japan as a significant event that must not be missed in Setsubun of the year. 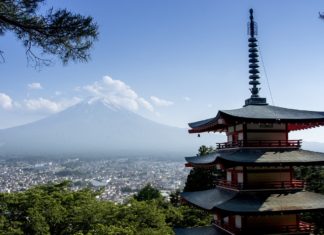 unlockjapan - 30/08/2018
Fuji-San A Symbol of The Nation Standing between the border of Yamanashi and Shizuoka, Fuji-san (Mt Fuji) has long enjoyed popularity and is renowned amongst tourists... 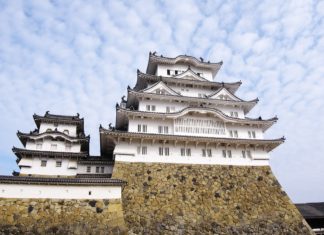 unlockjapan - 20/03/2019
Japan has long been a country dotted with its castles that once housed the feudal lords throughout history. But here’s a...
link rel="stylesheet" href="https://use.typekit.net/cxt8und.css"