The appreciation of Japanese cuisine and culture has seen immense global acceptance in recent years. Japanese food has evolved from being an exotic cuisine that only the adventurous souls sought for to now a popular dining choice in Malaysia. With its share of eateries throughout Malaysia that offer authentic Japanese cuisine, one does not have to travel far to “experience the true taste of Japan”. 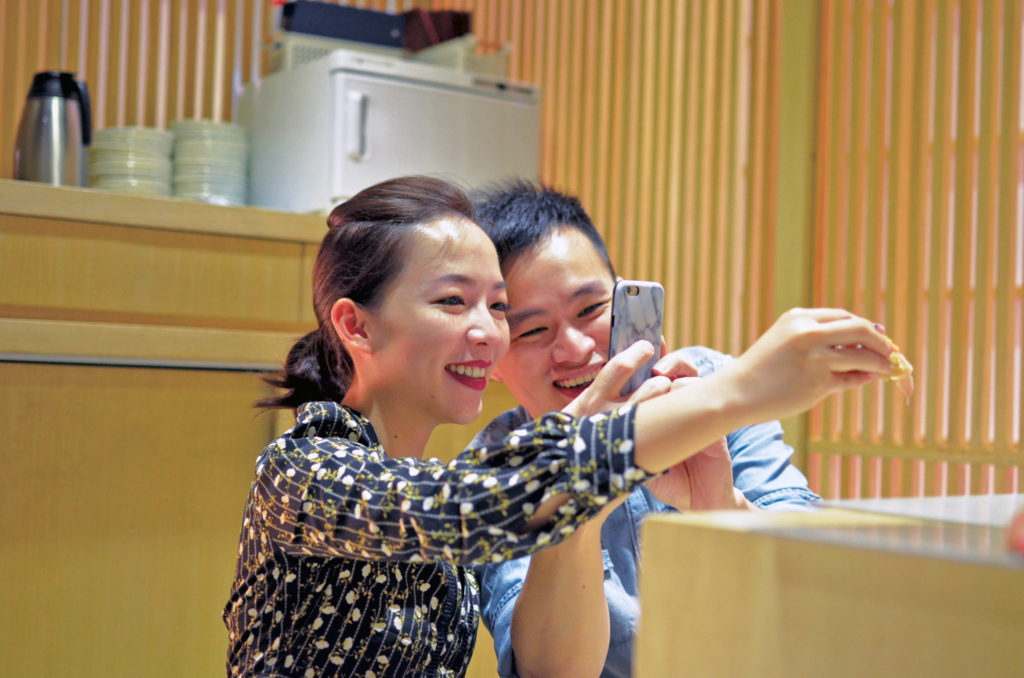 “Authentic Japanese food is found easily all over the city of Kuala Lumpur where Malaysians get to immerse themselves in the rich food culture of Japan.”

In the exquisitely sleek fine-dining restaurant of Sushi Kinmedai, UNLOCK JAPAN sat down for a decadent Sushi Nigiri dinner with KampungboyCitygal (KBCG) to delve into their thoughts on the rise of Japanese cuisine in Malaysia. The amiable dynamic duo’s passion for blogging is amplified into what is now an online trove of information on worldly food, places, and everything that fascinates their senses.

KBCG are the Ambassadors of the ‘Japanese Food Supporter’ scheme, chosen for the fact that they are no strangers to Japan and their 12 years of gastronomic blogging journey, which have enabled them to deliberate on how Japanese food in Malaysia compares to those in the Land of the Rising Sun. 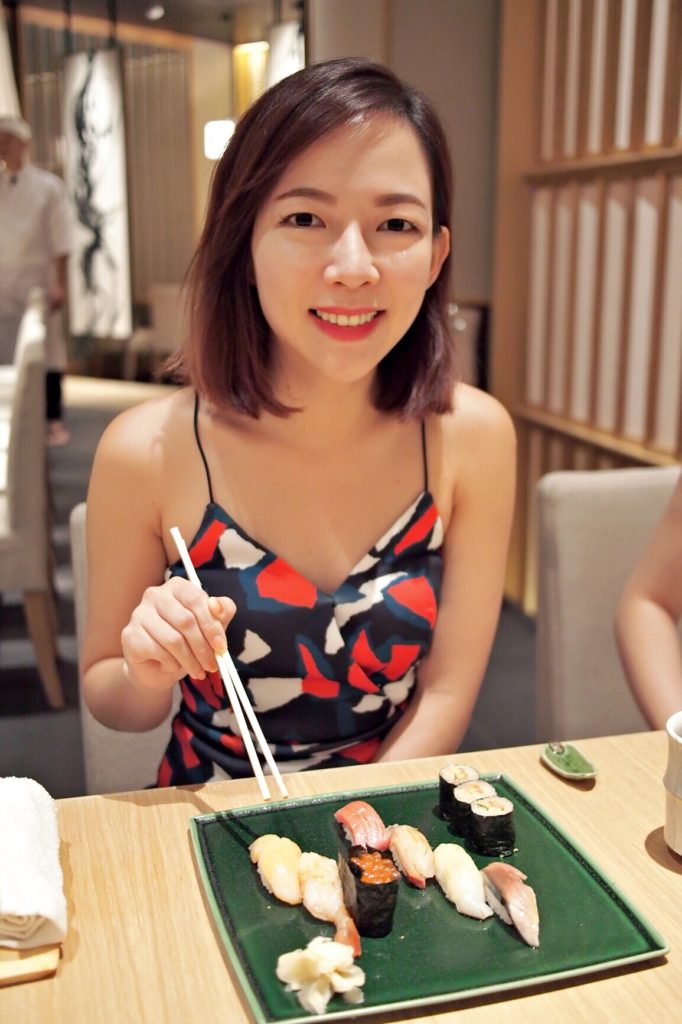 The Food Supporter Scheme is a certification program by the Japanese Ministry of Agriculture, Forestry and Fisheries (MAFF) designed to certify restaurants and retail stores overseas which actively use Japanese food ingredients and alcoholic beverages as ‘Japanese Food Supporters’ in order to further promote Japanese agricultural, forestry, fishery and food products around the world.

According to KBCG, a majority of the restaurants in Japan are mainly specialized either in the Japanese staple of ramen, udon, or tempura for example, while KBCG has observed that Japanese restaurants in Malaysia offer a variety of Japanese food on their menu, and some even localize Japanese dishes through the infusion of Malaysian flavors and dishes to suit local palates. However, given the strategic economic support of the Japanese government and today’s technological advancements in transportation and infrastructure, standardization of safe, delicious, and high-quality Japanese food and beverages in Malaysia as those in Japan is made easy. 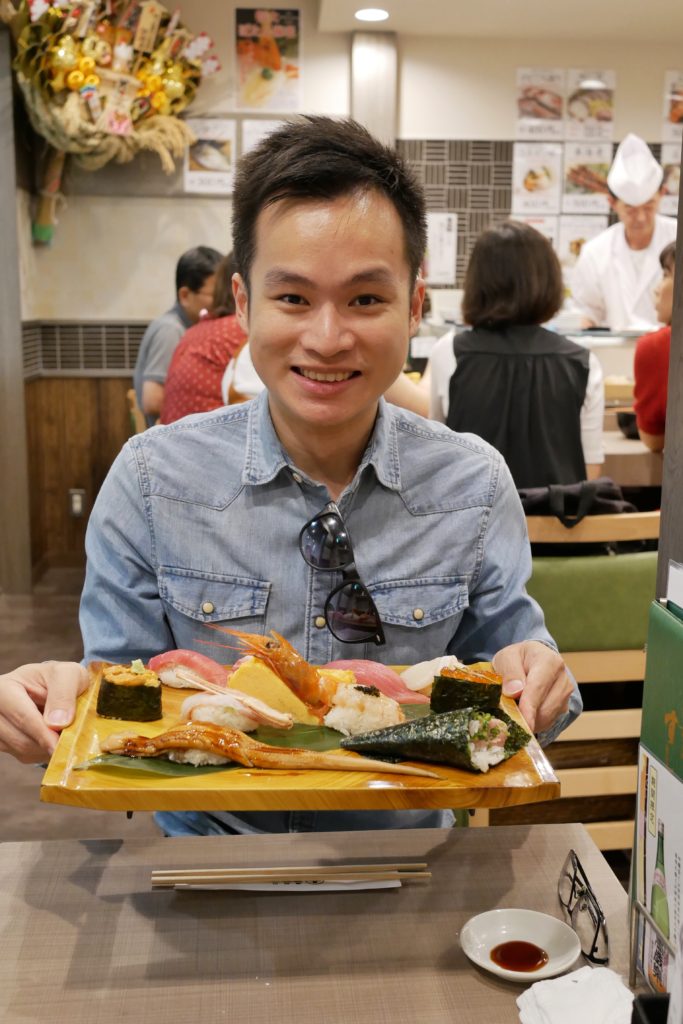 Many of these local restaurants try their best not to compromise on the quality of food and service albeit being on a different continent. Most claim that, “Now that we can offer the same quality sushi as that in Japan, more Japanese families and sushi afficionados in Kuala Lumpur have said that they do not need to go back to Japan to have their usual dose of good sushi.”

This is not just an example of Japanese food culture that transcended borders; this is epitome of the globalization of Japanese cuisine. With interest levels in Japanese food increasing tremendously, Malaysia and the rest of the world have the Japanese government to thank for; they have taken wonderful efforts to ensure the best of Japanese cuisine is now available in Kuala Lumpur, whenever the appetite calls for the true taste of Japan. 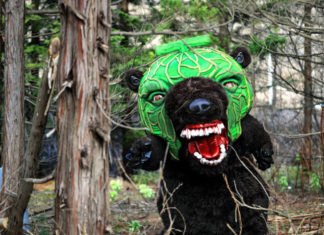 Japan and its Comical Representatives

unlockjapan - 20/07/2018
What is Yuru-kyara? Yuru-kyara are known as mascot characters in Japan, created by companies and organizations to promote a place, region, event, organisation or business.... 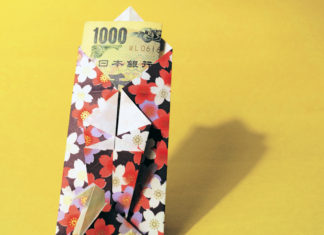 unlockjapan - 08/12/2017
The traditional custom of giving money to children, called Otoshidama, on the New Year’s day has been practiced for centuries in the Japanese society....
link rel="stylesheet" href="https://use.typekit.net/cxt8und.css"