Public transportation is hugely popular in Japan, which is highly developed and is famous for its strict adherence and punctuality. For example, if the train is late, which rarely happens the train company will issue a ‘certification of lateness’ for workers to hand to their employers, so you don’t have to worry about being late. Its better to use other forms of public transportation rather than a taxi as taxi’s are expensive. While Uber and Grab are frequently used in Malaysia, these companies have coorporated with Japanese taxi companies which means they cannot supply low price services to the public. Catching a cab from Narita Airport to a hotel within the metropolitan area will set you back 20,000 YEN (800RM). Making your way around and knowing the public transportation system can be complicated even to some Japanese people, so sometimes it is more convenient to use a GPS app such as Google Maps. Majority of the staff working in stations aren’t so fluent in English so by kindly showing them the map of the location on your smartphone, they can help you commute to where you need to go.

Language
English speaking companies in Japan are growing larger and lots of shops are slowly adapting to the use of English language. Japanese employers have an expectation that foreign workers have at least a grasp of the Japanese language while working there.

VISA
The necessary documents are: Passport, Certificate of Eligibility. The first procedure will be that the company accepts your application and issues you the certification. You will then need to go to the embassy with any other required documents. The process for the visa will take between 2 weeks to 2 months at most, so it’s advised to prepare and apply a few months in advance.

Salary
The average salary for new graduates is around 190,000 yen/month and around 340,000 yen/month for people who have already been working for long. It is said that you need at least 250,000 yen/month to afford to live comfortably. The salary depends on the job, so you must check with the employer before travelling to Japan.

Hours per week
It is believed 40 hours/week is the appropriate amount of time to work in Japan. However, according to OECD data, men normally work 55 hours/week. This is the highest period of working time among OECD countries.

FOR YOUR LOVING MAN: Top 8 Chocolates to Get HIM

The desire of providing financial services to the general public: interview with Milize 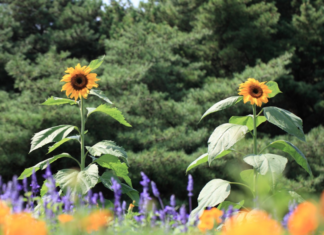